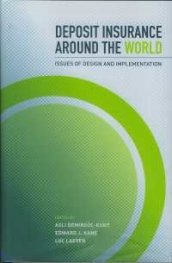 Deposit Insurance around the World: Issues of Design and Implementation

Explicit deposit insurance (DI) is widely held to be a crucial element of modern financial safety nets. For this reason, establishing a DI system is frequently recommended by outside experts to countries undergoing reform. Predictably, DI systems have proliferated in the developing world. The number of countries offering explicit deposit guarantees rose from twenty in 1980 to eighty-seven by the end of 2003. This book challenges the wisdom of encouraging countries to adopt DI without first repairing observable weaknesses in their institutional environment. The evidence and analysis presented confirm that many countries would do well to delay the installation of a DI system. Analysis shows that many existing DI systems are not adequately designed to control possible DI-induced risk taking by financial institutions, and the book provides advice on principles of good design for those countries in the process of adopting or reforming their DI systems.

Empirical evidence on the efficiency of real-world DI systems has been scarce, and analysis has focused on the experience of developed countries. The contributors to this book draw on an original cross-country dataset on DI systems and design features to examine the impact of DI on banking behavior and assess the policy complications that emerge in developing countries. Chapters covers decisions about DI adoption, design, and pricing, and review individual country experiences with DI—including issues raised by the EU's DI directive, banking reform in Russia, and policy efforts to protect depositors in China. Recent bank runs on loss-making banks in Germany and the United Kingdom have pushed the issues of DI systems back to the center of debates on regulatory policy in both developing and industrialized countries. The guiding principles identified in this book can contribute powerfully to that debate. 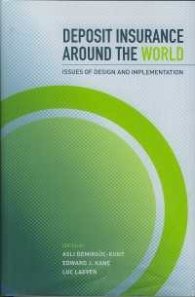 Deposit Insurance around the World: Issues of Design and Implementation